Nutrient absorption is one of many miraculous actions your body does behind the scenes to keep you healthy, and if you’re like I was, you’ve probably always taken it for granted.  Luckily one of the best ways is creating  synergy on your plate — and to ensure a nutritious meal — by making sure it has a minimum of three colours and contains healthful fat (avocado, olive oil or nuts).

So, what about some other foods that you might as well throw together if you’ve got them on hand?

Usually you would start off by creating a nice green leafy base, then a layer of colourful vegetables like tomatoes and carrots. That’s a great start but to help the body absorb more of the nutrients packed into this medley, you may want to add something else: a cooked egg.

A small study published in May 2015 in The American Journal of Clinical Nutrition concludes that adding eggs to salads makes it easier to absorb the carotenoids in the raw vegetables. Carotenoids are the yellowish-red pigments that give carrots and tomatoes — and lots of other fruits and vegetables — their colour. Two famous ones are beta carotene and lycopene. In addition to giving us those pretty colours, they’re also beneficial phytonutrients that help fight inflammation.

For the study, the researchers gave 16 participants raw mixed-vegetable salad with no eggs, a salad with one and a half eggs and a salad with three eggs. They found that the absorption of carotenoids was 3.8-fold higher when the salad included three eggs compared to no eggs.

Now, it should be pointed out that the study was funded by a grant from the American Egg Board’s Egg Nutrition Centre, which may raise eyebrows. But the scientists at Purdue University who carried out the study say they worked independently. And the findings hold up, since the scientific mechanism behind this phenomenon is well-documented in other studies. It’s the fat in the egg yolk that is responsible for upping the nutrient intake. Oil-based salad dressing also helps accomplish the same goal.

If you’re reaching for the turmeric to add to a curry, make sure you throw some black pepper in there, too. This combination makes curcumin, the pigment in turmeric that has anti-inflammatory properties, easier for the body to access. One study showed that the alkaloid in the pepper boosted the availability of curcumin in turmeric by 2000%!

Eating something high in vitamin C, like a red capsicum, helps convert the nonheme iron in plant foods and iron-fortified foods into a chemical form that promotes absorption. (The other form of iron is heme iron, which is only found in meat and seafood.) Hence the great benefits (and taste!) of combing your capsicum with black beans.

Wondering why I paired yogurt with some UV rays? If you really want to take advantage of all the calcium that’s in your yogurt, you’re going to need some vitamin D. Calcium absorption depends on having enough vitamin D in your gut. As most people don’t get enough sunshine to make vitamin D themselves, why not eat your yogurt outside for 15 minutes in the sunshine?

Any To Avoid Eating Together?

Of course, not all pairings are beneficial. It turns out that phytates — a kind of acid — in things like tea and coffee may decrease the absorption of iron and zinc. So if you’re having bacon with your morning coffee, you’re not going to pick quite as many nutrients out of breakfast as you might otherwise. 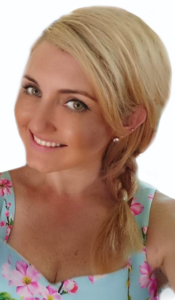 Alex has been a qualified naturopath and in the natural medicine field for over a decade. During this time has had the opportunity to experience almost every aspect of the industry. She has been in clinical practice, vitamins manager at a pharmacy, marketing coordinator for an organic skin care company as well as training other practitioner in an area manager role.

Alex now works full time at Thera Health’s Brisbane head office as the Sales and Marketing Coordinator to satisfy her inner tech-nerd and passion for educating both customers and patients in a fun and informative way!

Guts Of The Matter

Diabetes In Australia
Scroll to top